Argeriline (properly spelled Argireline) is the trademark name of a synthetic, patented molecule known to chemists as acetyl hexapeptide-3. Argeriline was discovered and is made by the Spanish company Lipotec. Top-performing anti wrinkle skin care products make use of Argeriline because of its amazing abilities to relax the muscles of the face.

Because Argeriline can do this, it can be used to reduce wrinkles the same way that BOTOX® injections do - by relaxing tensed muscles in the face. For this reason, Argeriline is often known as a non-invasive BOTOX® alternative. 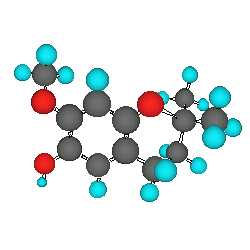 What is Argeriline or acetyl hexapeptide -3?

Argeriline is a chain of six amino acids attached to the remains of acetic acid. Attaching the amino acids to the acetyl fragment allows the molecule to easily penetrate the skin.

Because of its chemical makeup, Argeriline is known as an amino-peptide and belongs to the category of skin care ingredients we refer to as the peptides.

So far, only topical application of Argeriline has been tested. In the future, anti wrinkle treatments and therapies may make use of other methods of argeriline delivery.

Argeriline has a very interesting effect: it helps to prevent the overproduction of neurotransmitters that both initiate and control the intensity of the contractions of facial muscles. Argeriline helps to reduce facial muscle contractions without paralyzing them and has no known toxic side effects. Functionally, Argeriline does the same thing as BOTOX® injections. Also, because argeriline works more slowly, its effects are not as abrupt and noticeable as BOTOX® injections and less likely to cause comment. This appeals to many people who are not interested in drawing attention to their use of wrinkle reducing products.

Unlike BOTOX® treatment, Argeriline does not involve paralysis, toxins or side effects caused by leaked serum. The main shortcoming of argireline is that its effects don't last nearly as long as BOTOX® injections and argeriline should be applied at least once per day.

Yes. Argeriline is probably the most important of the peptides for anti wrinkle products. Published studies have showed that argeriline can reduce the length and depth of wrinkles by 30% -- and anecdotal evidence suggests that ongoing application of argeriline can continue to reduce wrinkles.

Argeriline is a favorable and promising alternative to BOTOX® injections. We highly recommend choosing anti wrinkle creams containing argeriline or acetyl hexapeptide-3 among their ingredients.

BOTOX® is a registered trademark of Allergan, Inc.